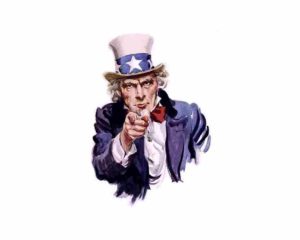 The WSJ determined that Part D Sponsors have profited considerably from overstating their anticipated direct subsidy costs because upon year-end reconciliation, if their actual direct subsidy costs end up below their estimated costs, the Center for Medicare and Medicaid Services (CMS) pays the sponsors a portion of the differential as a reward for keeping costs low. Indeed, through their “bid inflation,” Part D sponsors have collectively benefited to the tune of $9.1 billion, according to the Journal’s analysis.

One might ask, wouldn’t competitive pressures discourage insurance companies from overstating anticipated costs in their bids? As the WSJ explains, however, the Part D sponsors are able to lowball other costs in their bids, such as the reinsurance subsidy costs, and thereby keep their bids competitive. CMS bears all the financial risk of the reinsurance subsidy, and shares neither losses nor savings on such spending with the Part D Sponsors. The Journal’s analysis suggests that the insurance companies consequently are manipulating their estimates for both categories of costs.   Between 2009 and 2013, approximately 46% of all Part D members in the sample studied by the WSJ were in plans that overestimated their costs of providing the direct subsidy and underestimated their costs of providing the reinsurance subsidy, while only about 1% of members were in plans that did the opposite.

While, standing alone, these inflated estimates may not reveal Medicare Part D fraud or provide a basis for False Claims Act action, if coupled with evidence that an insurer knowingly inflated its cost estimate to profit upon year-end reconciliation, then this conduct could easily form the basis for a powerful False Claims Act action. When Part D Sponsors submit claims to CMS, they must certify that the data they have submitted to CMS to determine payment – whether that data appears in their bids, claim forms or elsewhere – is “accurate, complete and truthful” to the best of their knowledge, information and belief. Separately, they must certify the accuracy of the reinsurance subsidy data in their bids. Moreover, CMS requires the insurers to prepare their bids in accordance with CMS actuarial guidelines based on generally accepted actuarial principles, and to base their cost projections on “credible” information. A qualified actuary must certify the plan’s actuarial valuation. CMS explains that “[t]he objective of obtaining an actuarial certification is to place greater responsibility on the actuary’s professional judgment and to hold him/her accountable for the reasonableness of the assumptions and projections. If you are an insider with information about intentional bid inflation, you may have knowledge that would support a strong False Claims Act qui tam action.