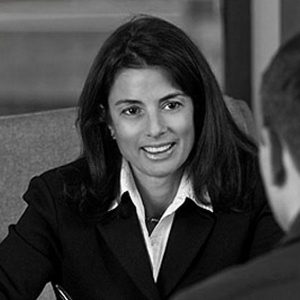 Ms. Slade is an experienced qui tam lawyer who has focused exclusively on False Claims Act matters for over 30 years. In recent years, she has focused her practice on the representation of individuals blowing the whistle on pharmaceutical manufacturers and pharmacies defrauding Medicare, Medicaid and other government health programs. The cases that she has personally handled as lead counsel in the last decade have led to more than a billion dollars in recoveries for the federal government and the states.

Thus, Ms. Slade was lead attorney for the two whistleblowers whose qui tam case led to a $209 million recovery from Walgreens in 2019 to resolve allegations that the chain billed government programs for medically unnecessary quantities of insulin pens. She was also lead attorney for the whistleblower who in 2015 recovered an aggregate of $465 million from Novartis and two specialty pharmacies for alleged kickback schemes involving the hugely expensive medications Myfortic and Exjade. She was lead counsel for a whistleblower whose case, alongside that of a second whistleblower, led Pfizer to pay $491 million in civil damages and criminal fines to resolve allegations of an off-label marketing scheme by its subsidiary Wyeth. Another of her clients brought actions that helped the Government recover a total of $118 million from long term care pharmacy Omnicare for alleged receipt of kickbacks and “usual and customary charge” overbilling schemes and $149 million from Johnson & Johnson for alleged kickbacks paid to Omnicare.

Ms. Slade co-chairs the Procurement Fraud & False Claims Committee of the ABA’s Public Contract Law Section. For more than ten years, she served on the Board and the Executive Committee of the public interest, non-profit organization, Taxpayers Against Fraud, an entity dedicated to fighting fraud against the government by working to protect whistleblowers and strengthen the effective operation of the laws that empower them to expose misconduct and the theft of taxpayer dollars. 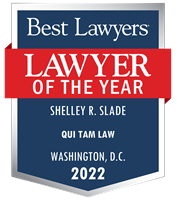